I recently had an incredible opportunity to not only see two of my international friends again, but join in a special Zulu celebration of marriage and love, called uMbondo in Soweto, South Africa.

I met my two friends Zimkhitha and Anita in 2015 when I was working and living in Cape Town. We were interning for the same company, in the same department. They both started a couple weeks before I left, so we didn’t have a ton of time together, but because I was training and working with them so closely, we bonded tremendously.

Zimkhitha is from Johannesburg and she is now my partner in a campaign we started called Empowered Periods. Although we’ve been a world away from each other, we’ve been working closely together to end period shaming and support efforts for getting girls around the world the feminine products and health education they need. It’s hard work to get even the tiniest of things done, but we’ve powered through it all together. Having the chance to see her again in person was beyond fabulous, especially because she was the one getting married and having the ceremony!

Anita is from the UK and we are alike in so many ways. We both strive to combine our writing and our work with travel and social media and we’re always up to explore places, no matter where we are. I admire her free spirit and right now I’m pretty envious of her because after our long weekend together in South Africa, she jetted off to Zanzibar for 10 months to take on a communications role for a marine conservation organization. So, here’s hoping the next time I see her, maybe it will be in Zanzibar? *Crosses fingers*

During our long weekend together, Anita and I participated in the Zulu uMbondo ceremony for Zimkhitha. UMbondo is basically phase two of the Zulu traditional wedding. This is the ceremony where the bride is accepted into the husband’s family. During this ceremony, the bride and her close female friends and family members, dress up in traditional clothing, and bring food to the husband’s family. We all started at the end of the street and began walking towards their home, dancing, and singing traditional songs. His entire family came out of the house and we continued to dance and sing to them (Anita and I mainly trying to lip sync, because we didn’t know the language).​ 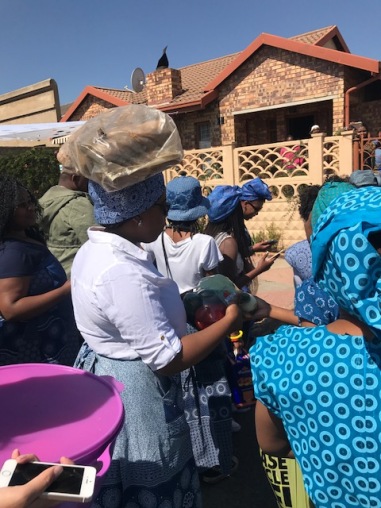 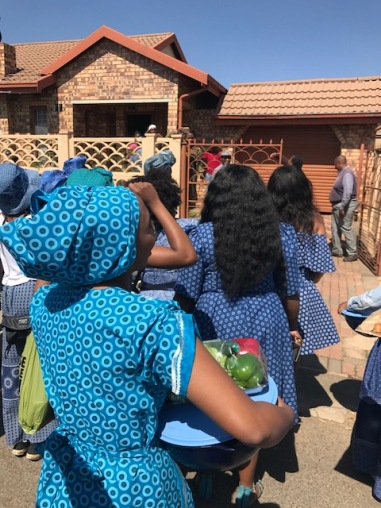 The family welcomed us into their home and then we cooked a big meal for everyone at the celebration. Now, the house and backyard were full of family and friends, lots of food being prepared, and loud traditional music playing. This was a lot for me and Anita to take in, but it was so exciting. We helped prepare and serve the food, albeit it being a little too outdated for me. But, we honored the tradition and bonded with all the girls. We ate chicken, beef, pumpkin, spinach, and mieliepap (a dish made from softly grounded maize and looks like mashed potatoes). And, of course, there was plenty of alcohol to go around.

Everything was beautifully set up in front of the house for the family and guests and the evening was filled with tons of drinking and traditional music and dancing. 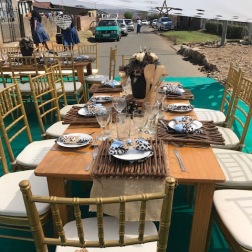 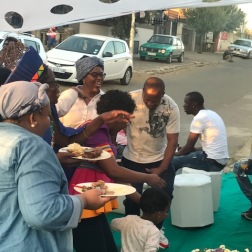 I even found this little cutie to dance with!

It was definitely a bit of a culture shock for me, but in the most positive and interesting way. This was a once in a lifetime experience and I’m so glad I got be with my wonderful friends in the beautiful country of where we first met.

I Do It For The Gram!

The iconic Sleepy Hollow Farm 🏡🍂
“I knew that if I allowed fear to overtake me, my journey was doomed. Fear, to a great extent, is born of a story we tell ourselves, and so I chose to tell myself a different story from the one women are told. I decided I was safe. I was strong. I was brave. Nothing could vanquish me.” -Cheryl Strayed #WildFall
Dro appreciation post! His annoyed face here is pretty much the one he made this entire trip. But seriously, I couldn’t have done it without him. He put up with 30+ hours in the car with me and we still have a little bit more to go. But I assure you we’re also having a ton of fun too! I don’t care what anyone says, this dog is my child 🤍🥺
Capturing the last of these fall colors ❤️🧡💛🤎
Some far off places aren’t as far away as they may seem 🍁
2021 ➡️ 2018 🌳🍂☁️ This tree-lined driveway is probably the cutest spot in Bolton.
I come alive in the fall time ✨🍂
Favorite Fall Color? ⬇️🍂
The iconic Stowe Community Church 🍂⛪️🍂