There are so many connections you make while traveling – with people, with nature, with God, with yourself, and one of my favorites, with animals. Every adventure I go on I make it a point to interact with animals. They are defining elements to the places you visit, and they are essential to a well-rounded travel experience.

Each animal encounter I’ve had during my travels has made it exponentially better and this is all the proof you need.

This was something I waited my entire life for. Elephants are my favorite animal, and with the rampant amount of poaching endangering them, I thought I might never get to see one in person. Well, I’ve been seriously lucky because when I went on safari in South Africa I had the opportunity to walk with them, play soccer with them (elephants LOVE to kick things fyi), and feed them. I consider this day the happiest day of my life. On this day, our guide said to us, “Elephants are very emotional, smart, and sensitive. They can sense and read the human heart and that is why they can connect so well with humans.” 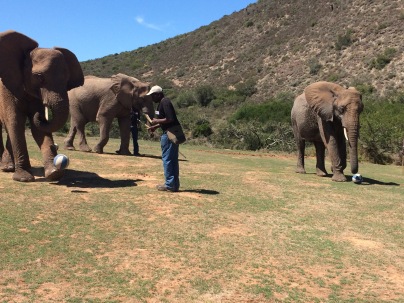 Okay, yes, I’m super cliché for saying this, but this was a walk on the wild side. On my South African safari, we took a walk with two young lions, one male and the other one a female white lion. We spent a lot of time walking in the shade with them because lions don’t actually spend too much time in the daylight because they have sensitive eyes. We learned that they actually do a lot of their hunting at night. We also learned that these lions were rescued from a circus when they had just been born, so when they opened their eyes, they imprinted on humans. That’s why we were able to walk with them, but within a few more years, these lions’ natural instincts will kick in and they will no longer be able to stay in the sanctuary. They’ll be released into the wild. 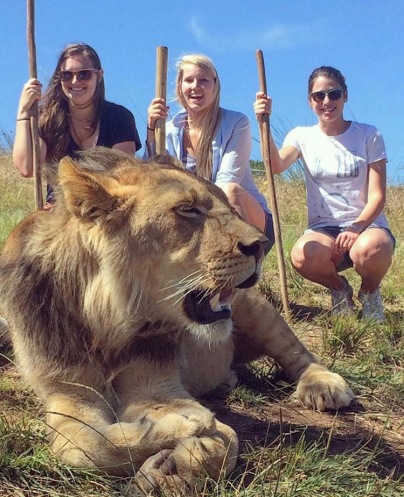 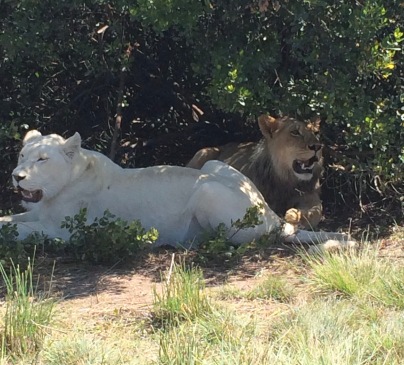 If you go to Cape Town, venturing out to Simon’s Town to lay out on the beach with penguins is a MUST. They are so funny to be around and are used to people hanging with them. You can’t touch them or get too close because they can definitely hurt you, but if you keep a reasonable distance, taking photos and relaxing by them on the beach is more than okay. Also, they are the only penguins in the world that have to deal with hot temperatures rather than cold!

In my most recent adventure to Morocco, I had the epic adventure of riding a camel through the Sahara Desert. Camels are super cute and super weird, but just know that they aren’t too comfortable to ride. I spent a total of about 4 hours riding one into and out of the desert, and my legs afterward were pretty sore. With that said, it’s 100% worth it! Trekking through the desert was incredible. You can’t just simply walk through the desert. You get a much better view and perspective atop a camel. It was such a fun adventure and it was one of the most beautiful places I’ve ever seen. 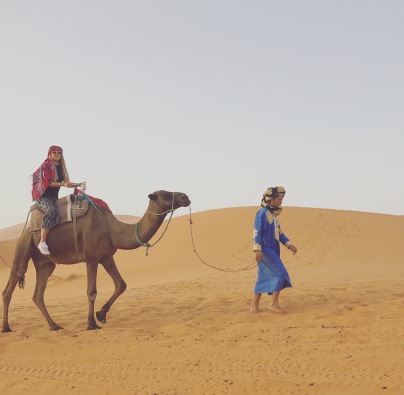 Never thought I would quench a monkey’s thirst, but that’s exactly what I did while traveling through the Atlas Mountains in Morocco. I thought the Barbary Macaque monkey would be hard to find, but there was an entire park filled with them! I discovered they love to have humans give them food and water, so I took my water bottle a gave them some! And, like most monkeys, they were of course running around causing chaos. But, shenanigans aside, I can honestly say they are the most beautiful and unique monkeys I’ve ever seen.

A reindeer sleigh ride in Finland is indeed as magical as it sounds. While in Levi, Finland, my friend from Norway and I headed out to the cutest little reindeer farm and went out on a reindeer sleigh ride through a snowy forest. It was truly a winter wonderland and the reindeer were awesome. They definitely did not mind taking selfies with you and they totally had a sense of humor.

It was also a very traditional experience. We learned so much about the how important reindeer are to the indigenous Saami people. They used reindeer for travel, food, and most importantly, they used their hide for warm clothing during the brutally cold winters. It was pretty amazing to see how highly they valued this animal. 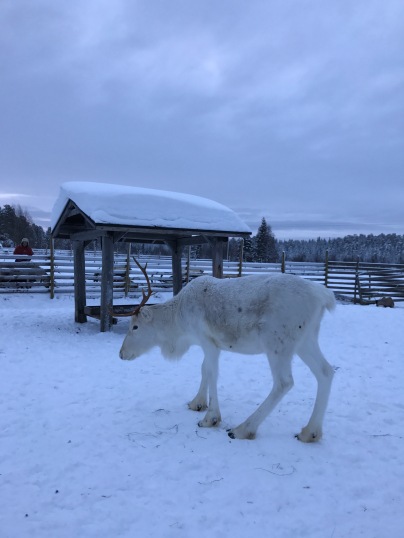 This was waaaaaay too fun! Right in the heart of Alta, Norway, where I was visiting my friend, we went on a gorgeous sunrise dog sledding adventure. When we got there, we met two girls from NYC who were going to join us. The man leading us on the trail competed in 25 dog sledding races, including the Iditarod and Finnmark races, and won three of them!

He gave me and my friend a list with our dogs’ names and we had go into the yard and find them and hook them all up to the sleds ourselves. It was one of the toughest things I ever had to do because the dogs were insanely energized, but it was awesome.

Then, we sped off onto an hour long trail through snowy forests and beautiful open fields with mountains in the backdrop. It was FREEZING, but epic. The dogs were so funny and we had smiles on our faces the whole time despite having semi-frozen cheeks. 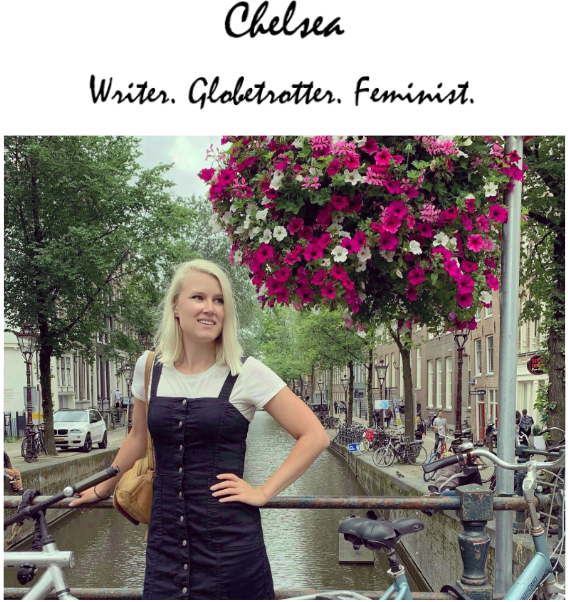